Why Change Goes Wrong and What To Do Instead 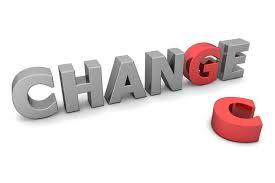 It’s suggested that as many as 70% of changes either fail or partly fail to achieve all of the benefits that were anticipated.  In many ways the scale of failing is way below what most would expect.

So why does change go wrong?  I think there are many reasons, including:

If you want to increase your chances of delivering successful change, what should you do instead?

Goals and Achievements work in partnership with public and not for profit organisations in order to deliver change and improvement.