What To Do When Encountering Resistance To Change

Change is almost part and parcel of being in business these days.  Failing to change and adapt can have potentially catastrophic impacts.

Some organisations have ended up going out of businesses because either they failed to change or were too slow to change. 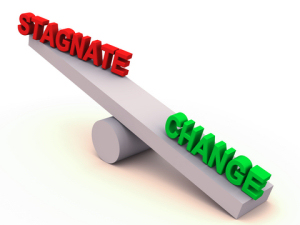 One would think that getting employees to change would be straightforward enough.  After all there is a contractual relationship in place.  In return for a salary and benefits, employees give their time and services and agree to work within the laid down policies and procedures.

The reality is often very different.  In some respects one might say that you should just push on with things.  While that might appear attractive, the real challenge is with making sure that any change is sustainable over the long term.

So what should you do if encountering resistance to change?

People have concerns for a reason.  Listening to those concerns, really seeking to understand what concerns they have and then working through those concerns with them is likely to be much more productive.

Sometimes when it comes to change the temptation is to under communicate when in reality over communication is what is needed.

While you might know every last detail of the change, you can probably explain enough to deliver a level of re-assurance to the majority.

Like a newly launched product, people will come on board at different stages.  Some want to be in and embracing the change from the start or close to the start while others will hold out to the very end.

Recognise that this is how it is and accept that not everyone is the same.

Fear is often a big factor when faced with change.  Some will hold on to things that they know are not very good because they are frightened of something new and unfamiliar.

Rather than seeing this as a problem, support them in making the change.

You can do all the right things, provide all the support but if people still resist or actively block you need to have the difficult discussion with them.

It may be you have to say to them in a very firm and humane way that if they don’t want to move forward, they may not have a future long term with the organisation.

This of course should always be a last resort.

The Bottom Line: Change is never going to be easy.  Dealing with resistance might be difficult but is something that has to be worked through.

Goals and Achievements work with organisations and individuals in the areas of change and improvement.