You might have heard the term don’t eat an elephant. It’s something that is particularly relevant when you think about change.

As a leader you probably work on the big picture. Detail is something that others do. 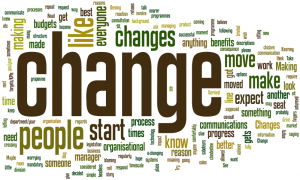 When you are facing the need for change it can be all too easy to have people thinking that this is just impossible before they even get started.

In my last couple of roles in the NHS where I was a deputy and then director of finance we were spending a whole lot more than we were actually generating.

At the start of one financial year we had an £18m problem on £160m of income.

Talking to people in terms of needing to save £1.5 million a month was meaningless to most.

None of us (as far as I was aware) have ever had £1.5 million so speaking in this big picture way was unlikely to get a response.

What’s needed in this type of situation is to think in terms of a number of small bite size chunks.

It’s also vital to speak about the challenge in currency that people understand and can relate to.

Right now a large part of the NHS is facing challenges both financially and non-financially.

It would be easy to think in terms of rapid results. The reality is that it is more likely to be a series of small steps.

So ask yourself what small steps could you take to help the organisation move forward? Having done this create action plans for those series of small steps. Remember too that it is important to recognise both progress and effort.