The results for the first quarter of 2015 show how much of a challenge the NHS in England is facing in providing services and balancing the books.  Some estimate that there could be a £2bn deficit by the end of the 2015/16 financial year. 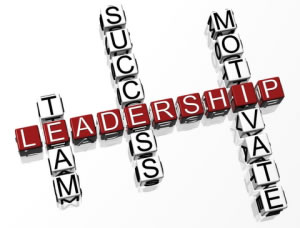 As is usual there may well be short term support found to make the position appear more favourably than it really is.  Transfer funds for longer term projects to day to day running costs, allocate some short term support under some form of winter initiative.

All well and good you might think.  Well actually no.  It merely creates a false expectation that all is actually fine and it’s just those Finance staff making a fuss.

I know first hand what it is like to be in a position when you are spending a whole lot more than you are bringing in.  I was an FD in the NHS some 10 years ago when I worked for what was then described as a challenged NHS Trust.

At that point there was no failure regime in place so working out what to do with an organisation in that position was a bit of a mystery.

Like every other FD I used every bit of technical flexibility allowed through the accounting rules to help improve things short term, including capital to revenue transfers and short term support through the primary care trusts.

I spent hours every day on the phone negotiating with suppliers.

I had a team of staff in the invoice payment section  and purchasing who were calling on long term relationships to make sure our suppliers did not stop supplying us.

We were all running at 100 mph to stand still or perhaps better described as to stop us and the organisation grinding to a halt.

I’m pretty certain a lot of people in the NHS are feeling like this right now.

We know that there will always be changes or improvements that can be made.  At the same time, the benefits realised from these changes can take years to materialise and may never materialise.

Right now it seems leaders throughout the NHS and the public sector have a choice.

Carry on as is in the hope that somehow new money will magically appear.  Alternatively start to make the big calls.

Part of making the big calls would be having an open and transparent dialogue within organisations, across health economies and with local and national politicians  about what can actually be provided for free within the allocated resource envelope.

Would it be tough.  Absolutely.

Would there be objections.  Definitely.

Would there be huge pressure placed on leaders.  No doubt there would be.

Yet in truth and important part of leadership is navigating organisations through the tough times and making them sustainable over the longer term.

Goals and Achievements help public sector and not for profit organisations in the area of change and improvement.