Creating The Conditions For Successful Teams

There are plenty of organisations, leaders and managers who talk about the importance of teams and team working to achieving organisational objectives. 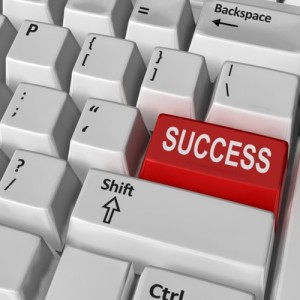 At the same time there is often a huge difference between what is said and what actually happens in practice.  In some ways organisations put barriers in place that hinder rather than help teams.

Pay and rewards is one of the most common barriers.  I have worked in and with organisations who talk about the importance of teams to results.  The truth is team working was vital to delivering anything.

Yet when it came to rewarding people, they were assessed individually rather than as a team.  Unsurprisingly some people worked the system.  They did enough to show that they could collaborate with others.  At the same time they knew that at the end of the day their financial package was down to what they really did.

What’s Vital To Creating The Conditions For Success On Teams?

Having highlighted the biggest barrier to making teams operate to their potential, let’s turn our attention to what contributes to successful teams and team working.

Everyone understands the importance of goals and the value of goals.  You may well have heard about them being SMART – Specific, Measurable, Achievable, Results Orientated and Time Limited.

Team goals need to SMART too and there is one fundamental difference.  Goals that you set for a team are only going to be effective if their achievement is dependent upon people working together.

If one or two people can deliver the result then the chances are you are setting individual rather than team goals.

Top Tip: Make sure that you check that achieving team goals really does require the contribution of everyone on the team delivering.

Everyone Heading In The Same Direction

If people on the team are not aligned towards achieving the end result there are always going to be challenges.  This requires effort on the part of the leader of the team.

If you try to impose things on people, chances are that they will put up barriers.  As a result you have to involve people in being part of the solutions on how to achieve the end results.

While people on teams accept that they cannot get their own way all of the time, they are much more likely to accept decisions if there is a clear and transparent process for taking decisions.

A good leader will give everyone the opportunity to contribute their ideas and views to the decision making process.  In any team there will be those who are more vocal and those who are much quieter and reflective.

The key thing to ensure is that those who are less vocal still get the opportunity to put their points of view across.

Small organisations often have a huge advantage when it comes to getting the best from teams.  This is not surprising in many respects.

In bigger organisations there are more policies and procedures.  While these are necessary as the organisation grows, it is important to make sure that they don’t promote the complete opposite of the behaviours you want on teams.

Good teams make decisions, make mistakes, achieve results and learn if you encourage them to be proactive.  If on the other hand you put in place layers of approval you take away the autonomy.

Trust is one of those areas that can take a long time to build and can be destroyed in seconds.  One of the biggest influences on trust is you the leader.  If you don’t show trust in others then no one on the team is going to trust each other.

Trust is gained in my experience by the way you interact with people and by the way you behave.  Someone who is terrified to delegate or empower others is unlikely to create trust.

If you keep letting people off the hook who promise to do certain things but never deliver on those promises, this will impact on the level of trust on teams.

Top Tip:  Only promise what you can deliver and have control and influence over.

In organisations, especially when you have a lot of professional people, it is easy to find yourself in a situation where every professional group thinks their point of view is the most important.

As a team member and team leader you need to appreciate that people look at things through a different lens or what is commonly known as their perspective.

The perspective or lens through which we view things is going to be influenced by things like your training, experiences and norms.

The important thing is that you see differences in perspective as a positive rather than a threat.

You might well think you do a great job at communicating.  Some might believe that they spend far too much time communicating.  Even then there will be people who say they did not know.

Communication on teams is vital.  People need to be able to get their points across clearly.  They also need to actively listen and be able to question effectively.

It might be nice to think that you could have a team where there is perfect consensus.  In reality there will always be tensions and conflict.

Some will find this uncomfortable.  Yet it does not need to be like this.  Challenge is always positive if it is done appropriately and constructively.

At the end of the day you have to create the conditions to facilitate success on teams if you want to achieve results.